On 13 February 2021, Jean Monnet Chair COAWARE organized another very informative guest lecture by Dr. Oguzhan Goksel on the topic of "Europe and Ottoman Modernization: Colonial Periphery or Uneven Development?”. It was a great talk to discuss the substantial impact of Europe on the modernization trajectory of the Ottoman Empire after the Tanzimat Reform within the context of late development.

In this lecture, Dr. Goksel explained how did encounter with Europe impacted the Ottoman modernization program and the subsequent political life of Turkey; from this point of view, he discussed that can a technologically more advanced society and its less advanced counterpart could build a fair and mutually-beneficial relationship.

On the other hand, Dr. Goksel has explored the historical intellectual origins of contemporary debates over the West in Turkish politics. At this point, he focused on the substantial impact of Europe on the modernization trajectory of the Ottoman Empire after the Tanzimat Reform of 1839. The focus also was on how various groups of Ottoman/Turkish intellectuals reacted to Europe’s intense influence, the Tanzimat Period sowing the seeds of Turkey’s “love-hate relations with the West”. Various views within the existing scholarly literature were underlined by Dr. Goksel -including came from Emmanuel Wallerstein’s. In that sense, he pointed out the importance of the World System Theory/Core-Periphery Model.

In another part, Dr. Goksel underlined two dominant narratives: Ottomans/Turkey had no realistic chance of ever catching up with the West. Ottoman efforts to modernize did not prevent the country from being a colonial periphery. He explained how Ottoman/Republican intense efforts to modernize have helped the country benefit from these encounters with Europe. According to him, these views have had a strong influence on the reactions of Turkish intellectuals to the modernization efforts as well as their understanding of the West.

Dr. Oguzhan Goksel has underlined the turning points of Ottoman modernization and made his presentation by comparing the examples of late development in the Non-Western World. After the underlined attempts at reform and opposition to that, he concluded the presentation by exploring the relationship between late development and anti-Westernism. He has had a point that there is a strong correlation between late development in the non-Western world and the potency of anti-Westernism. Turkey is certainly not unique in this global context and left-wing and right-wing ideologies in Turkey all of them contain strong anti-Western discourses. 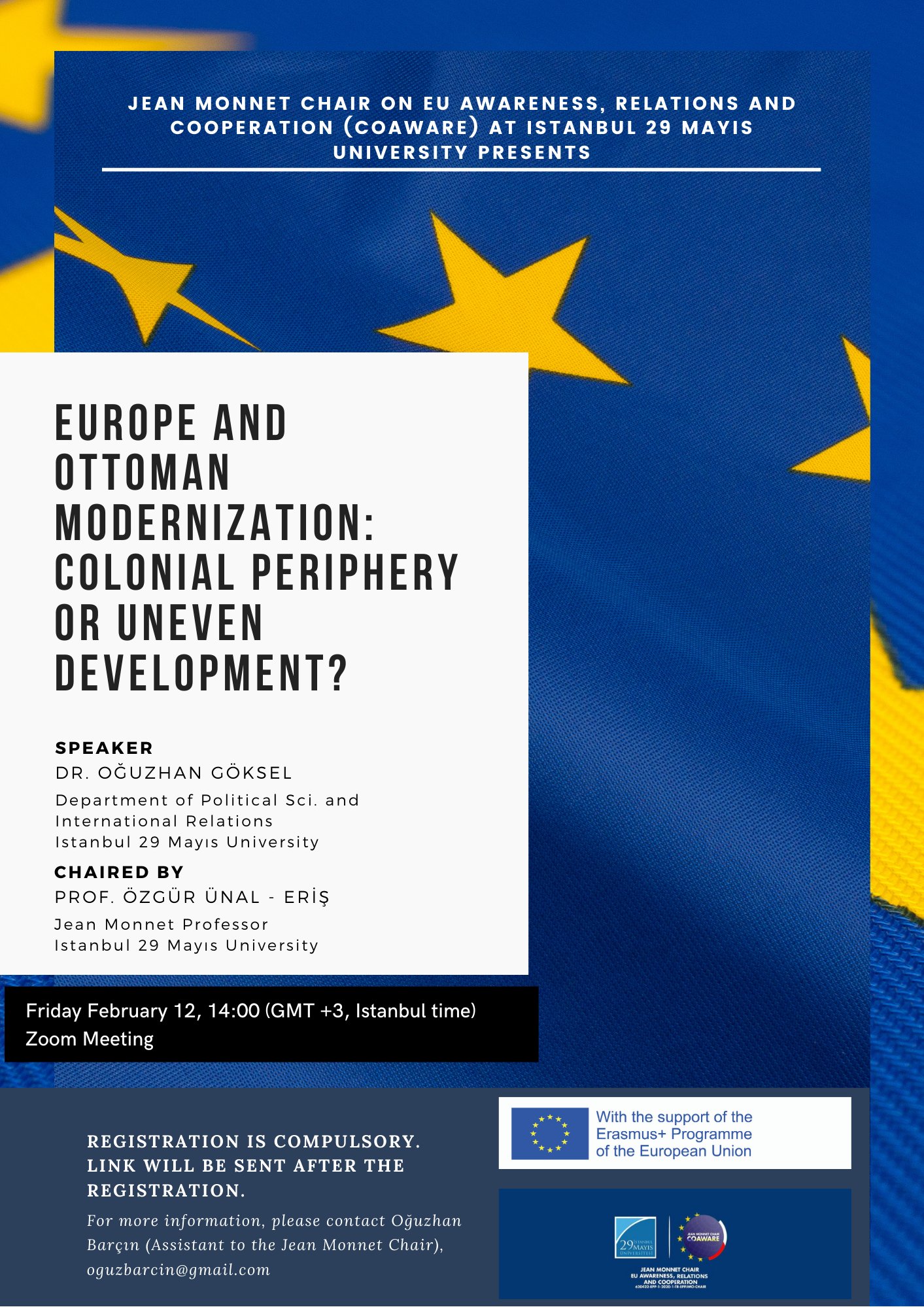 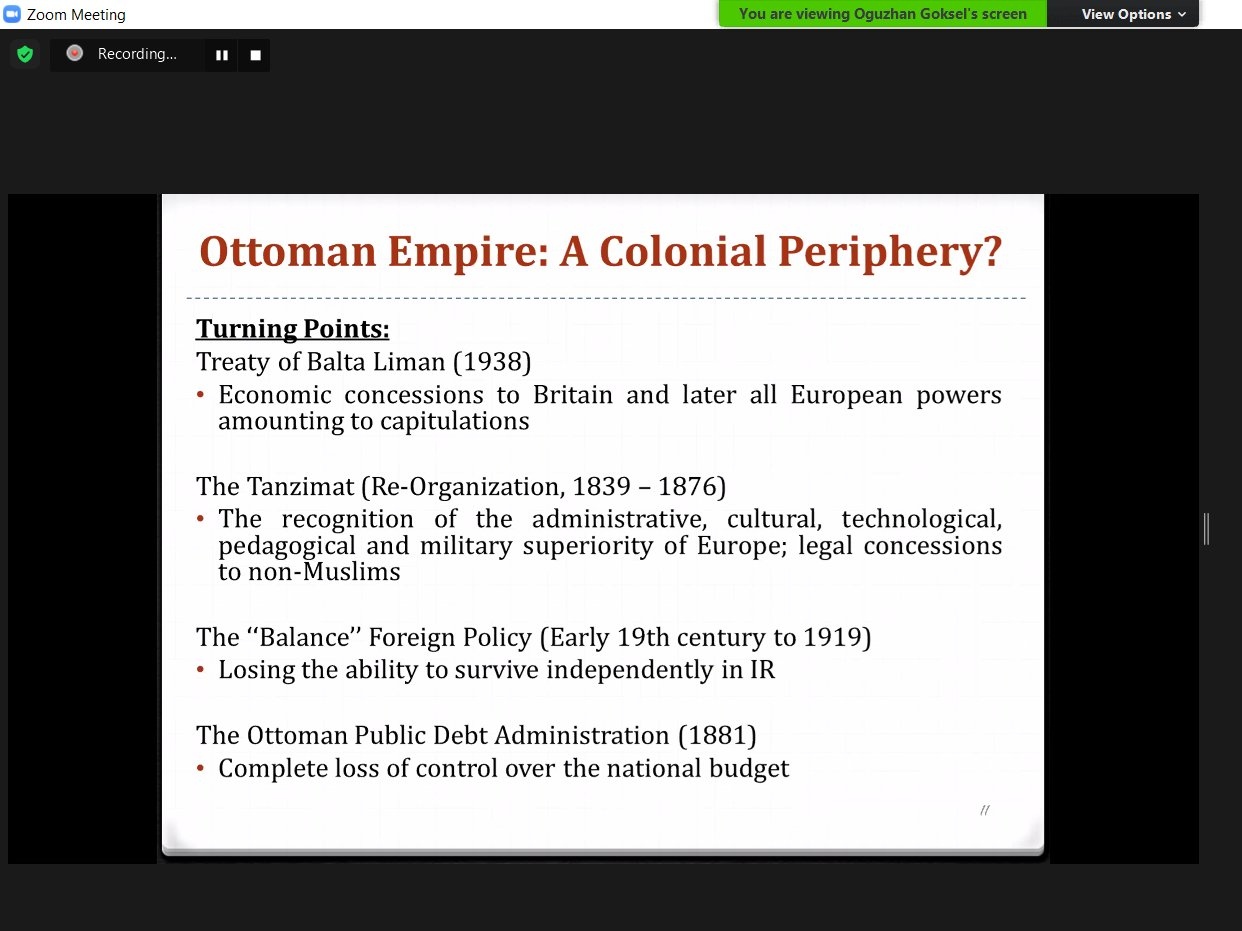 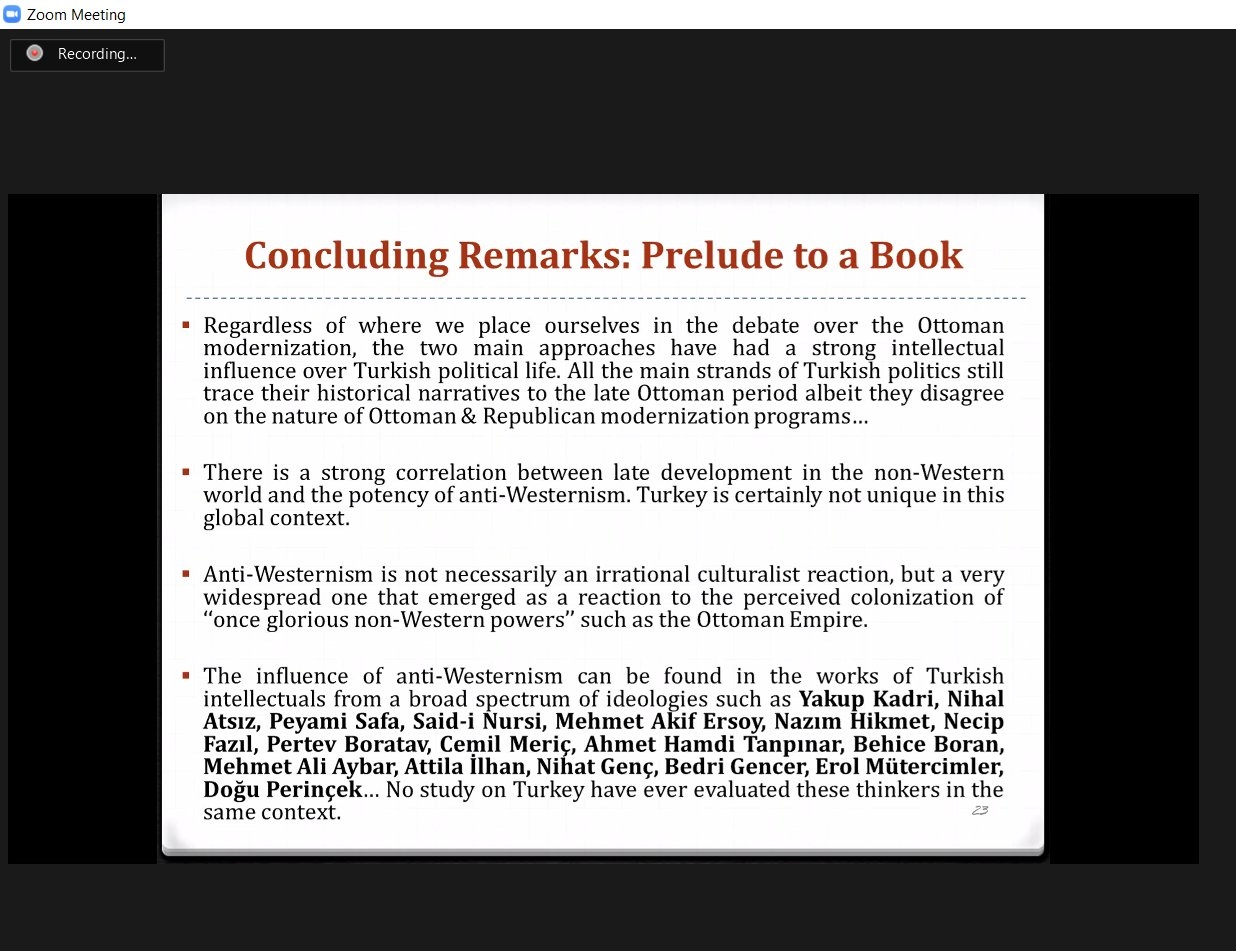 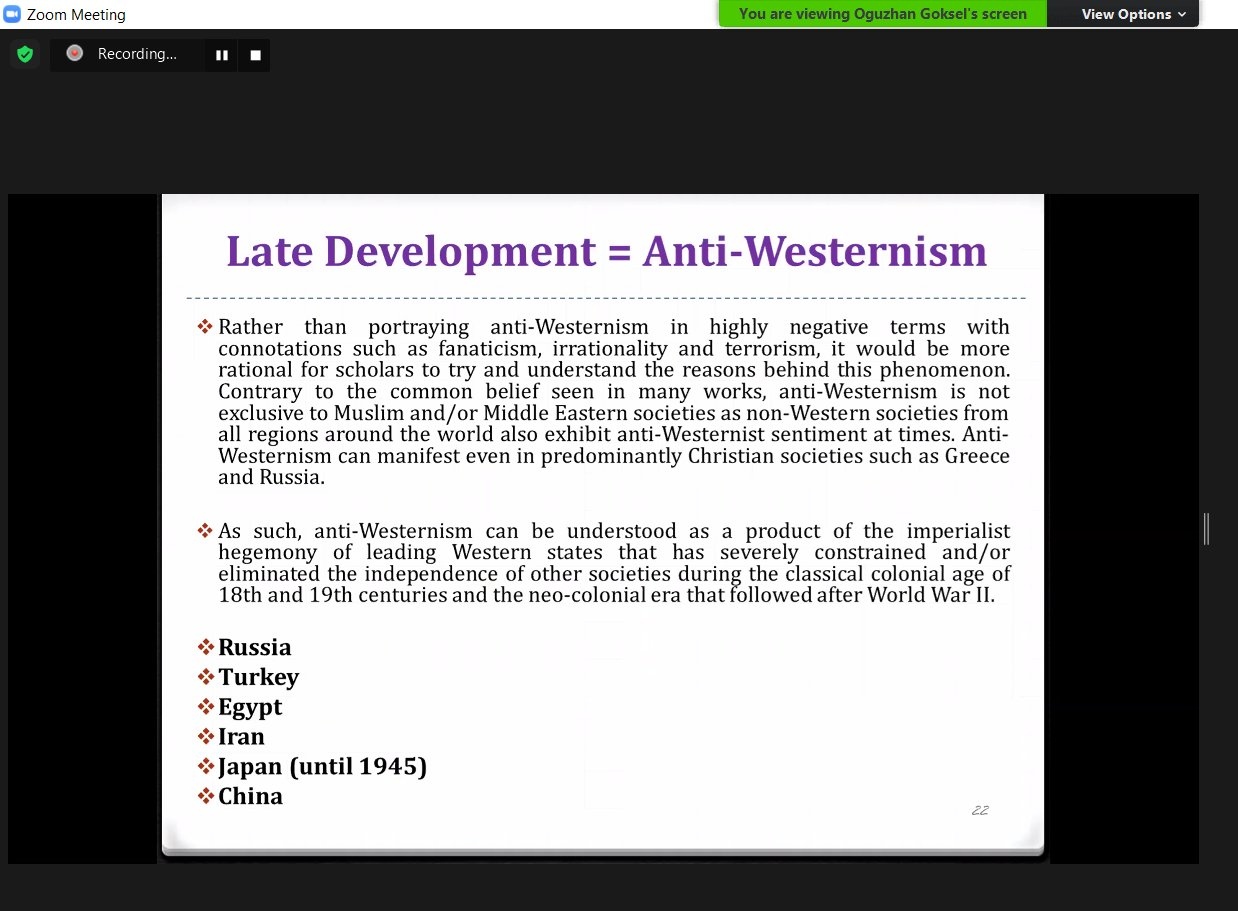