Our events in March were dedicated to celebrating #InternationalWomensDay through hosting meetings with leading women in academia, diplomacy, and entrepreneurship.

With the cooperation between Jean Monnet Chair COAWARE at Istanbul 29 Mayıs University and Istanbul Consular Corps (ICC), under the framework of 8 March International Women’s Day, women diplomats of EU countries have participated to speak in the “Women in Diplomacy” webinar. Each speaker will share their opinions and experiences with the audience under this theme, especially regarding challenges faced by women in diplomacy and how the empowerment of women in diplomatic positions can be an advantage. This webinar aims for the audience to see the strength of women diplomats, thus having an impact on raising awareness regarding the EU's role on this special day. They have shared their inspiring experiences and advice on the empowerment of women with the audience.

Ms. Annely Kolk, Ambassador of Estonia to Turkey underlined her experiences as a woman coming from her proudly serving 22 years of diplomacy. From that point of view, she has pointed out that the women leaders should take more and more initiative to make women get knowledge, bring them familiar and stay away from their reluctance and quietness to take any new initiatives in the public and private sector. To raise this awareness, she has underlined the importance of pursuing their dreams and encouraging them to take the right actions. In agreeing with Ambassador Kolk, Consul General of Slovakia in Istanbul, Ms. Veronika Lombardini has pointed out the importance of enjoying political rights and making women's achievements more appeared everywhere, and it is not just a women's matter, it is the duty of all people. Ms. Elena Sgarbi, Consul General of Italy in Istanbul has mentioned the importance of making all the societies more and more familiar in terms of gender equality, and do not let anybody harm the principle of gender equality. According to Ms. Sgarbi, women can do what they want in every sphere, but there are still many steps to gender equality. Dr. Ivana Zerec, Consul General of Croatia in Istanbul and Head of Istanbul Consular Corps, has underlined the importance of sustainable efforts in terms of gender equality. and Dr. Zerec has mentioned the useful statistics to measure women's empowerment that tracks women’s share of legislative and ministerial positions over time. From this point, she said that women’s political and therefore diplomatic, administrative efforts should go further and sustainable. Both Dr. Zerec and Anette S. Galskjøt, Consul General of Denmark in Istanbul was agreed on women also can be very successful leaders as men do, can be more peace-minded in their duties, better diplomats, negotiators through pointing the experiences during their duties abroad. 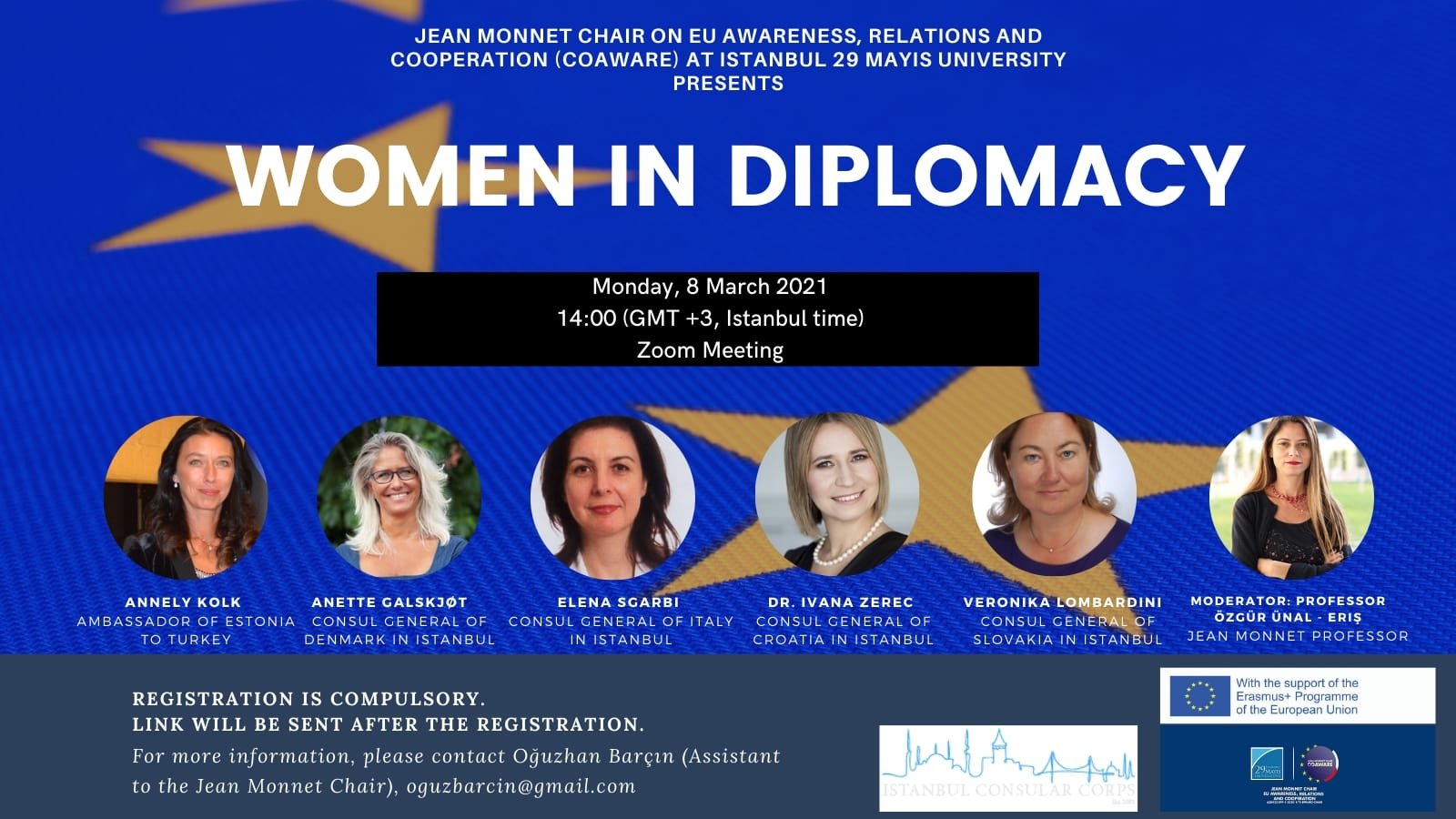 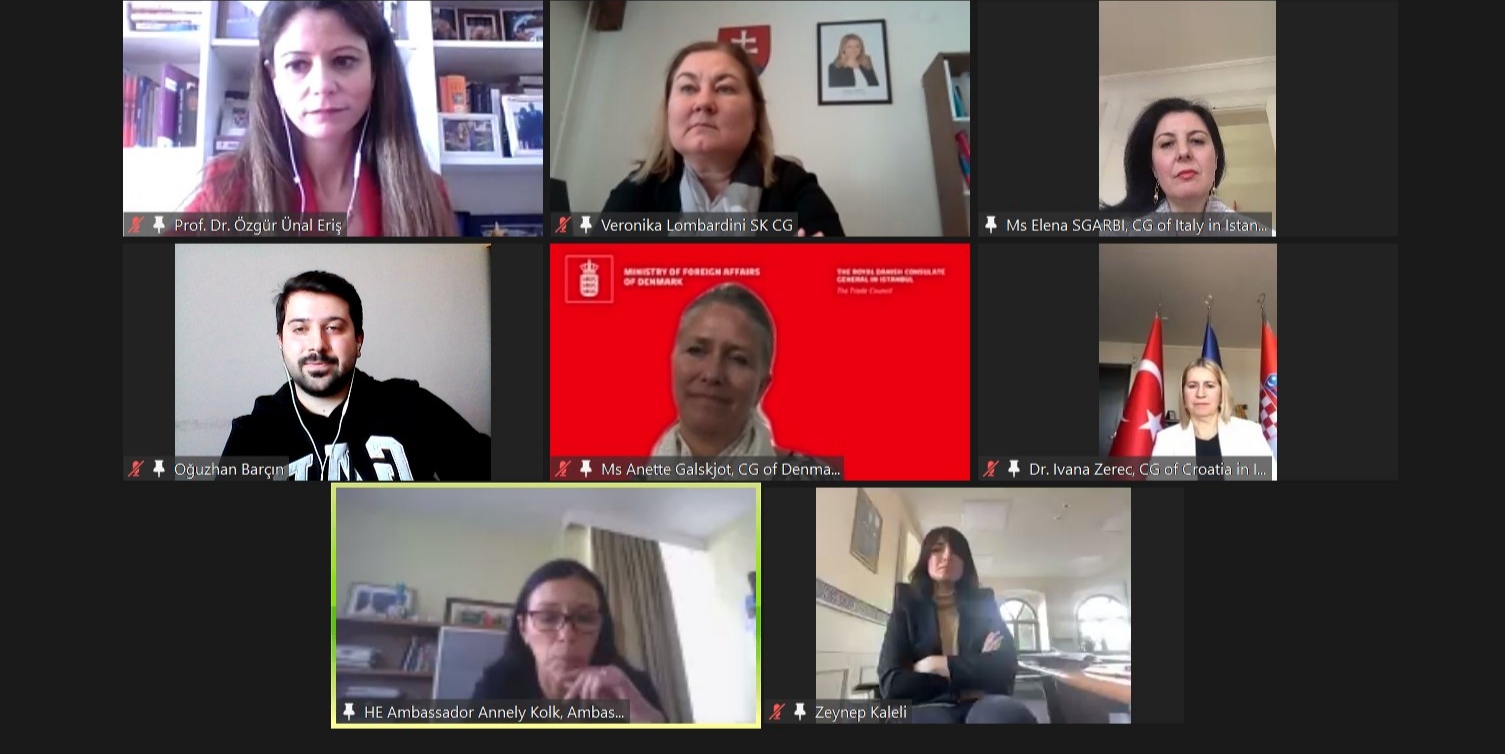