Our events in March were dedicated to celebrating #InternationalWomensDay through hosting meetings with leading women in academia, diplomacy, and entrepreneurship.

In this framework, the seventh Jean Monnet Chair COAWARE event was a guest lecture with Dr. Z. Selen Artan - Bayhan on 2 March 2021. Dr. Artan will be talking about the women's movement in Turkey by looking at the late Ottoman and early Republican periods.

This seminar aimed at examining the public debates and activities engaged by the Ottoman women, this seminar discusses the demands they made and the challenges they faced by the early Republican political elites which eventually led to their silencing.

The seminar walks through several stages and aspects of Ottoman feminist historiography which remained dormant until after a new feminist movement “rediscovered” its roots in the 1990s.

Focusing on the women’s movement during the late Ottoman and early Republican periods, Dr. Artan discussed the challenges and demands of the women's movement in Turkey with its prominent figures and associations; also the social context and intellectual environment of that period. 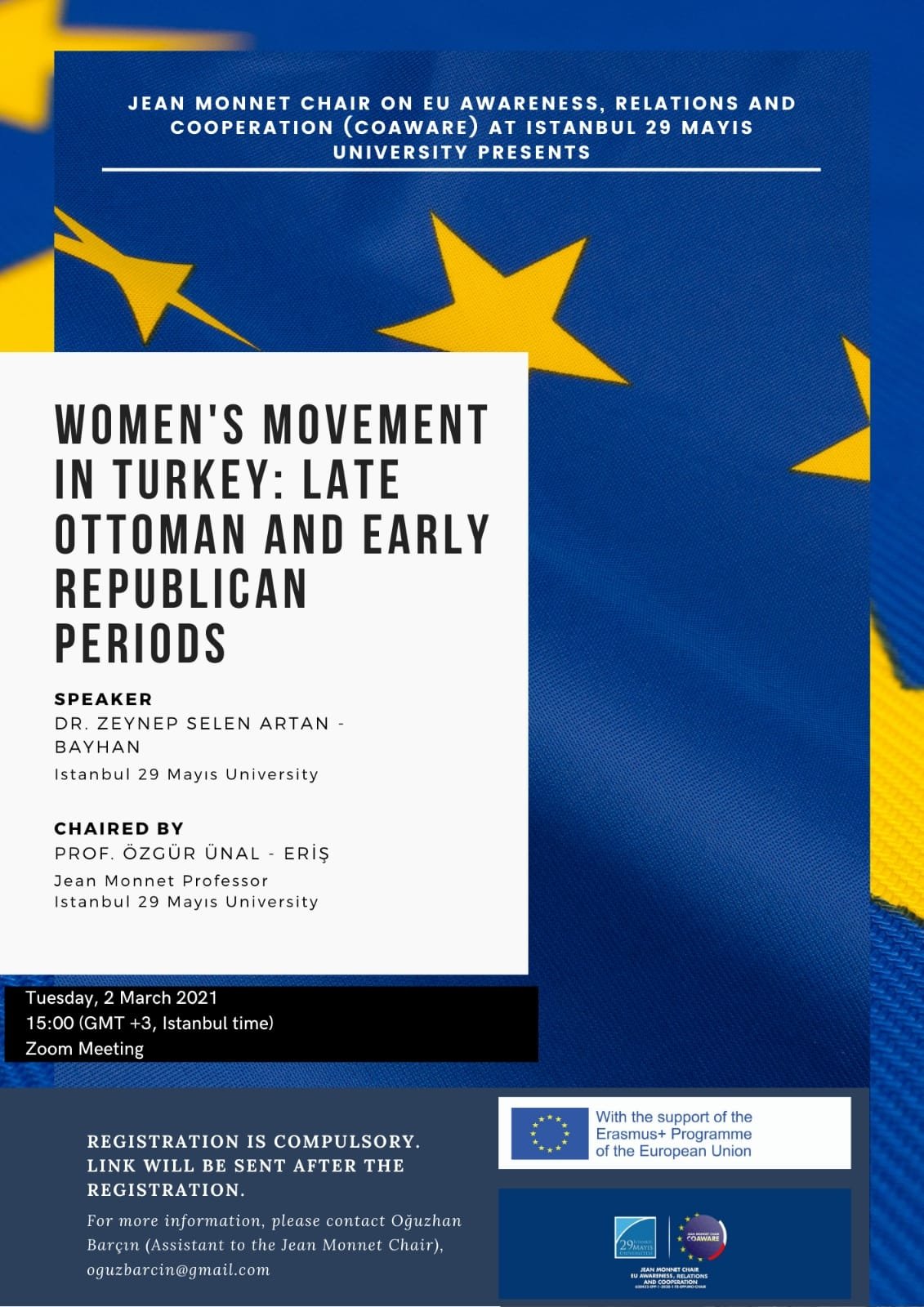 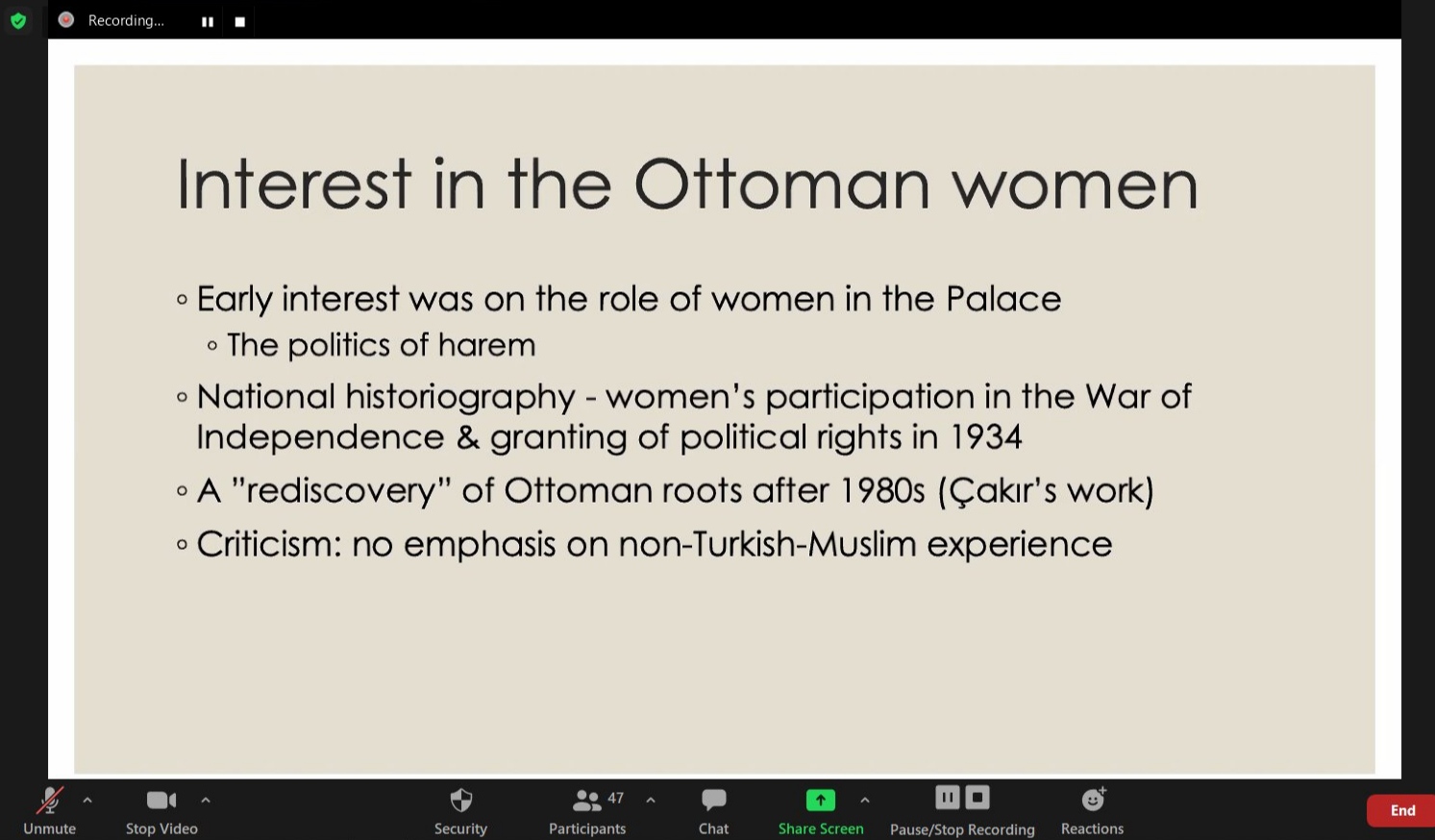 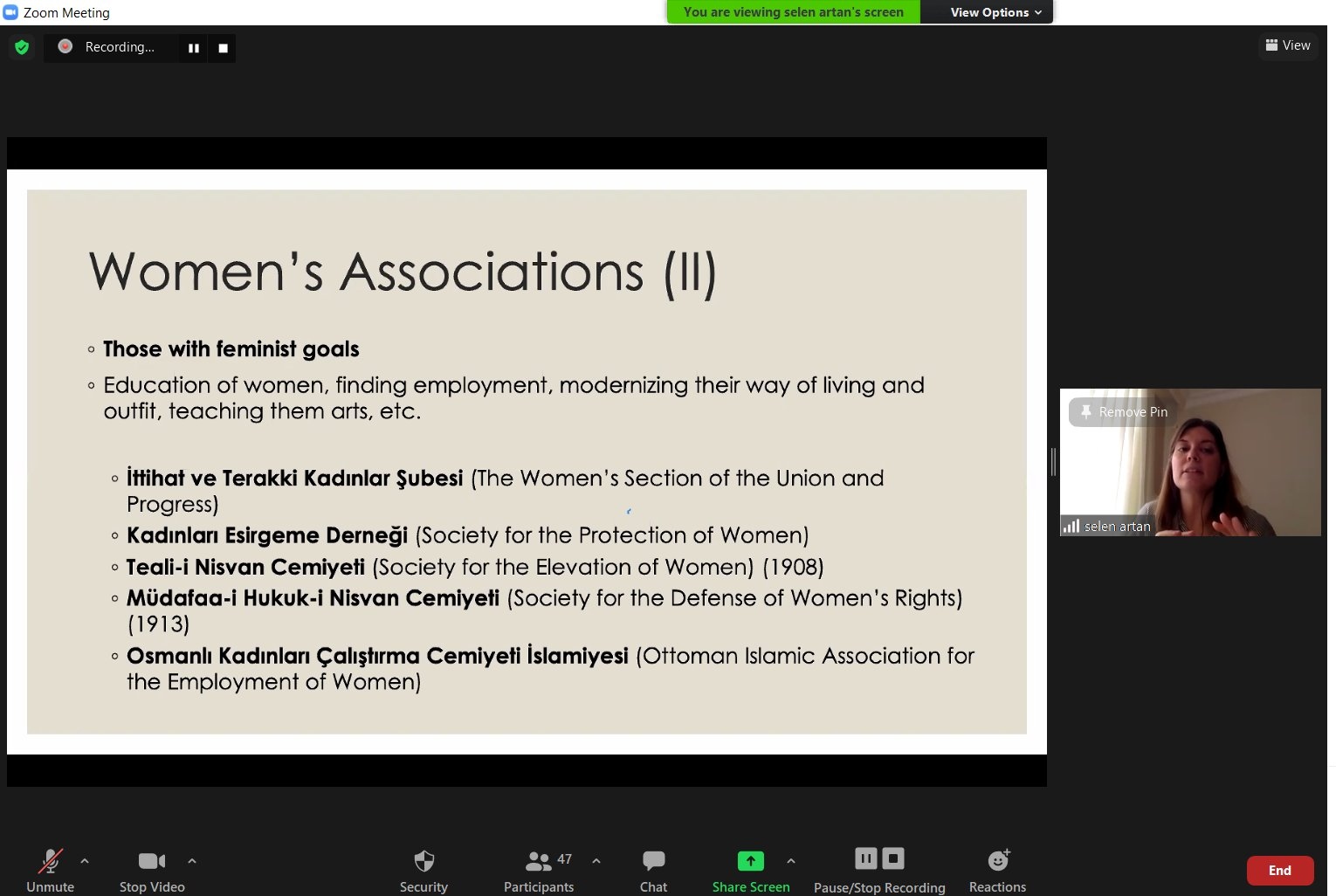 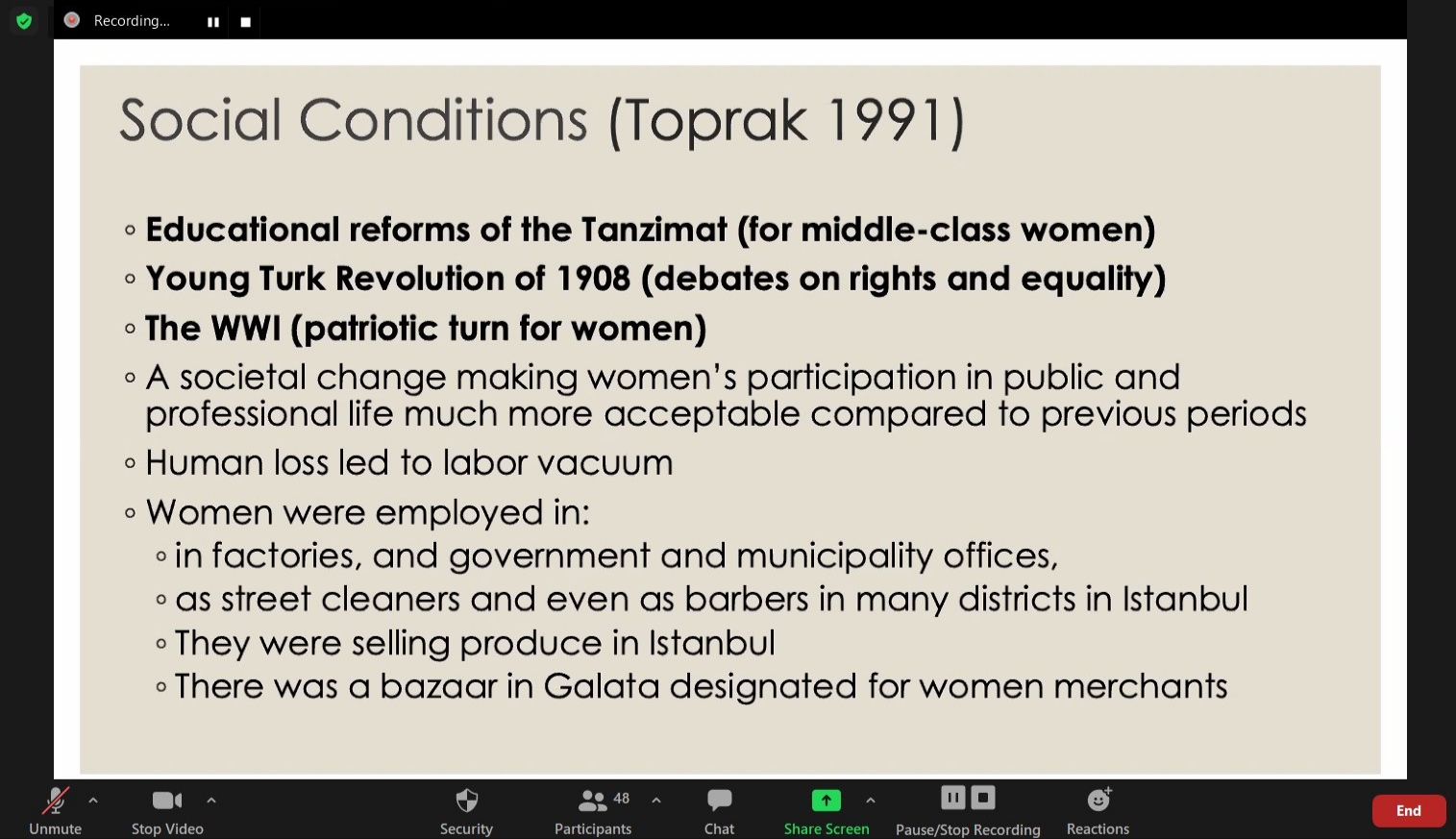