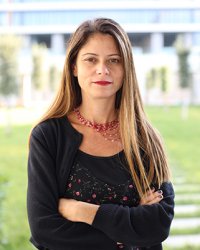 Professor Özgür Ünal – Eriş received her bachelor degree from Boğaziçi University Political Science and International Relations Department in 1996. She then completed her masters in European Studies in 1998 in University of Exeter’s Centre of European Studies in United Kingdom. Eriş received her PhD from University of Essex’s Department of Government in United Kingdom in 2005. She taught at Bahçeşehir University between 2001-2015. Since 2015 she has been teaching full time at İstanbul 29 Mayıs University and part-time in various other universities. Eriş specializes on soft security threats; specifically illegal migration and Turkey’s role as a transit route between Europe and the Middle East, conflict resolution strategies and EU as the conflict manager, European Neighbourhood Policy and external relations of the EU, politics of oil and energy security, Turkey-EU relations, specifically the impact of EU on democratisation of Turkey and German politics. Her recently published books include Revisiting Secularism in Theory and Practice from Springer Publishing and Political Economy of Muslim Countries from Cambridge Scholars Publishing. She speaks fluent English and German. During her career besides teaching mainly courses on European integration and publishing extensively on EU- related issues, she has embarked upon several training and educational seminars dedicated to creating awareness about the European Union among public. She became a full professor in October 2020 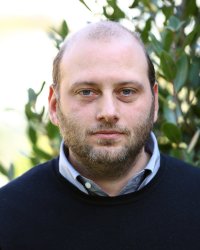 Professor Michelangelo Guida holds a BA in politics and a PhD in Turkish history from Istituto Universitario Orientale (Naples, Italy) as well as a MA in Turkish Studies from SOAS (London, UK). Michelangelo is currently the head of the Department of Political Science and International Relations and at Istanbul 29 Mayis University. Since October 2017, he is Dean pro tempore of the Faculty of Economic and Administrative Sciences. He has been working in Turkish universities since 2005 (Istanbul, Turkey). He has published several articles (in English and Italian) on Islamist intellectual in Turkey; also, he conducts research on voting behavior and has published a book in Turkish on electoral campaigns. Michelangelo speaks Italian, English and Turkish (as nearly native) and fluent Arabic. 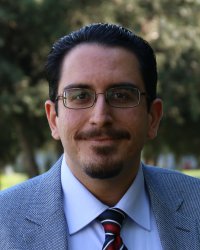 Dr Oğuzhan Göksel is Assistant Professor of Comparative Politics at the Department of Political Science and International Relations, Istanbul 29 Mayis University, Turkey. He completed his Ph.D. degree in the School of Government and International Affairs & Ustinov College at Durham University, UK in 2015. He is also the Editor-in-Chief of New Middle Eastern Studies journal, based in the UK. Dr Göksel‟s works have been published in various edited books and international peer-reviewed journals such as Mediterranean Politics, British Journal of Middle Eastern Studies and Turkish Studies. He is the co-editor of the book entitled “Turkey’s Relations with the Middle East: Political Encounters after the Arab Spring” (New York: Springer, 2018). Göksel's main areas of research are modernization and non-Western modernities, comparative politics, historical sociology, political economy of development and foreign policy analysis. 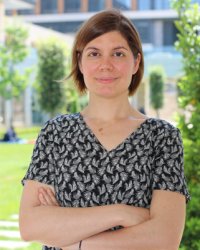 Dr. Z. Selen Bayhan holds a BA in Sociology and a MA in Political Science and International Relations from Bogazici University (Istanbul). She received her PhD. in sociology from the Graduate Center, CUNY. She is currently an Assistant Professor at the Social Work Department at Istanbul 29 Mayis University. Her research interests spans across issues including identity, migration, gender, media and memory. She speaks Turkish, English and basic French. 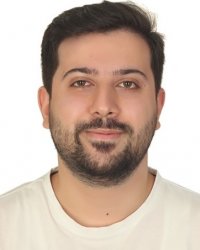 Oğuzhan Barçın received his bachelor degree in Political Science and International Relations with specialisation in European Union from Istanbul 29 Mayıs University in 2020. As of today, he is Master’s student in Political Science and simultaneously act as assistant to the Jean Monnet Chair at Istanbul 29 Mayıs University. He speaks Turkish, English and basic French.